How Roof Tile Fixings Have Evolved And Why They Are Important

Roof tiles have been a traditional cladding material used for pitched roofs in the UK since the 14th century. Their securement to the underlying roof substructure has always relied on a combination of several factors – the tile design, its deadweight, and the provision of a physical mechanical fixing.

The earliest fixings used for plain tiles were roughly squared wooden pegs, 30mm-50mm long, cut from willow, elder, or oak heartwood, and sometimes of bone. Pushed in by hand until gripped by the sharp edges of the peg holes, the pegs were dried before use, so that any moisture would cause them to swell and gri 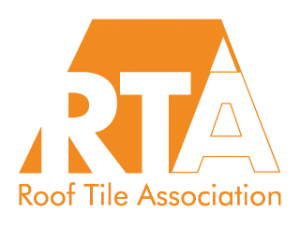 p tighter in the hole.

Iron nails were also used to hang tiles, and from the mid-19th century onwards, when sawn battens were used, they were also used to fix tiles by nailing into the battens. Tiles were also head bedded onto a thin bed of lime mortar, which provided additional security as well as preventing wind-blown snow and dust from entering the roof space.

Traditional single-lap clay tiles were fixed using timber or metal pegs where there were no nibs, or nails when nibbed tiles were later introduced. The development of sophisticated interlocking clay and concrete tiles during the 20th Century provided the possibility of using clips made from aluminium, steel, other non-ferrous metals and even plastics, designed to engage with the sidelock and sometimes headlock of the tile, either nailed to or hooked underneath or around the tile batten.

Modern pitched roof construction has more sub-layers than older roofs, with added insulation, roof underlay and sometimes additional ventilated spaces, all of which can influence the wind pressure distribution across the roof and uplift forces acting on the underside of the roof tiles. Along with the use of lighter weight roof tiles and fittings, lower roof pitches and more onerous design criteria, such factors have increased awareness for the need to improve the performance of tiled roofs.

The failure of fixings due to corrosion can be a cause of failure of a tiled roof when tile slippage and dislodgement occurs, which highlights the importance of selecting the correct fixing material to ensure the durability of the roof system. The compatibility of certain metals with other construction materials is another key factor when selecting a fixing. Aluminium is known to react with alkalis found in cement mortar, and copper may not be suitable where exposed to highly corrosive atmospheres such as salt spray or chemical processes. In such cases, alternative metals such as phosphor or silicon- bronze, or stainless-steel should be considered.

The recently updated British Standard BS 5534:2014+A2:2018 ‘Slating and tiling of pitched roofs – Code of practice’ provides new recommendations for the specification of materials for roof tile fixings and takes account of these and the more onerous changes in climatic conditions and structural Eurocodes.

With an enhanced requirement for the mechanical fixings of roof tiles, comes raised concerns regarding the increased installation time and additional costs. Some manufacturers have developed affordable ‘one-piece’ fixing systems that can be installed up to 30% faster than traditional clips but certain designs may require additional counter-battens to work effectively. It is also important to check the suitability of the fixing with the selected tile design.

The requirement for ‘all fixed’ tiles also raises the issue of replacing damaged tiles which have to be substituted with a new tile and re-fixed. Manufacturers should either provide a suitable ‘repair clip’ or’ re-fixing method’ so that the structural integrity of the roof system is not compromised.
The minimum recommendations in BS 5534 for the mechanical fixings of roof tiles are as follows:

In addition to the above, the tensile bond strength of mortar alone for bedding ridge, verge, hip and valley components can no longer be taken into account when determining the mechanical resistance required to resist wind uplift. All mortar-bedded components should be supplemented by mechanical fixings to secure them to the roof structure where the wind uplift load exceeds the dead load resistance. This enhanced requirement has resulted in the wider popularity of ‘dry-fix’ systems for roof fittings that meet the requirements of BS 8612 and which do not require the use of mortar.

Apart from outlining the minimum requirements for the fixing of plain and single lap tiles, BS 5534 contains a test method for establishing the mechanical strength and resistance of tile clips and wind uplift formulas to enable an accurate tile fixing

specification to be determined for a specific roof project. The complex nature of these calculations is made easier by the members of the RTA, many of whom have sophisticated computer software that can provide an accurate specification for the fixing requirements of their products which is fully compliant with BS 5534.